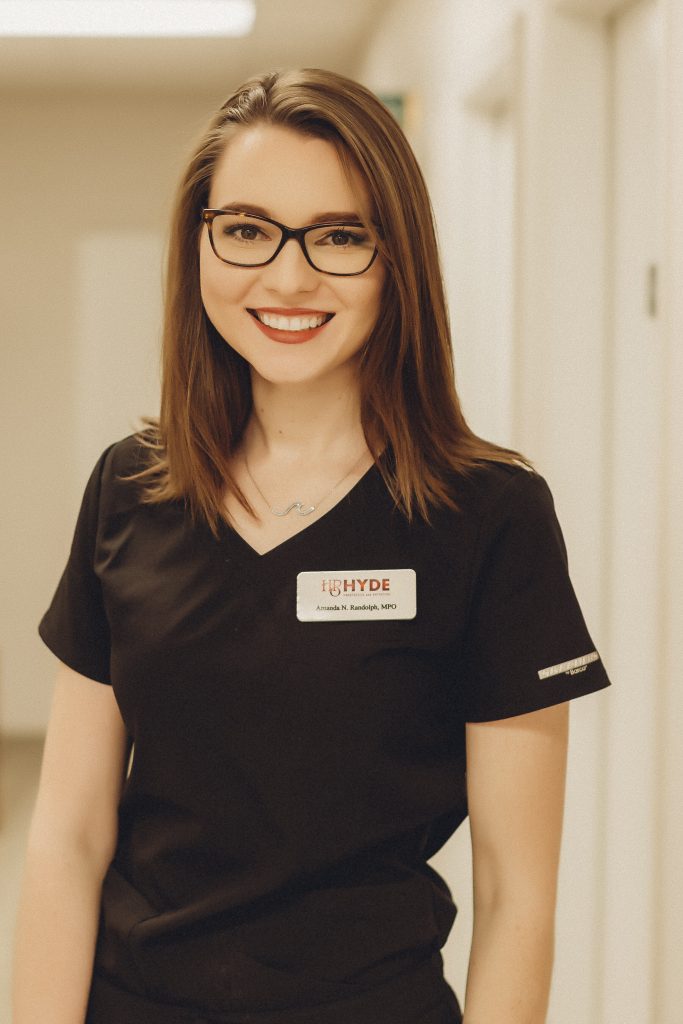 Amanda Randolph is the Orthotic Resident at Hyde Prosthetics and Orthotics. She graduated from the University of Tennessee, Knoxville with a Bachelor’s of Science in Biomedical Engineering in 2018. During her time at UTK, she served as an Engineering Ambassador where she helped guide prospective students along their college journey and as a Resident Assistant for freshman engineering students. Meanwhile, she worked as a Prosthetic and Orthotic Technician Assistant during the summer and winter breaks. After graduation from UTK, Amanda attended and graduated from Northwestern University with a Master’s in Prosthetics and Orthotics in 2020. After living in five different states over the last 11 years and still a diehard Tennessee Vols fan, she has returned to Georgia to complete her orthotic and prosthetic residency with us here at Hyde Prosthetics and Orthotics.

With over 50 years of experience, we evaluate, fabricate and fit custom prosthetic and orthotic devices.
Facebook